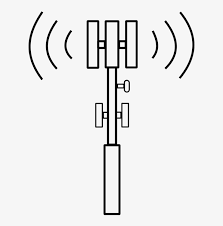 In an earlier blog “Oncogenes responsible for species differentiation” it was shown that oncogenes seem to play a prominent role in embryogenesis and also in cancer cases. Also oncogenes seem to be involved in excessive electrical activity in cells.

The evidence is mounting that overhead power lines can cause cancers, especially in children because they are more susceptible to electromagnetic radiation. The official view is that there is no risk to children living more than 50 meters from high voltage power lines.

Childhood leukaemia and distance from power lines in California: a population-based case-control study

Again the official view is that living close to cell phone towers does not cause cancer. For instance the American Cancer Society says:

Cell phones communicate with nearby cell towers mainly through radiofrequency (RF) waves, a form of energy in the electromagnetic spectrum between FM radio waves and microwaves. Like FM radio waves, microwaves, visible light, and heat, they are forms of non-ionizing radiation. This means they do not directly damage the DNA inside cells, which is how stronger (ionizing) types of radiation such as x-rays, gamma rays, and ultraviolet (UV) light are thought to be able to cause cancer.

Maybe the American Cancer Society should take a look at the following research paper which found that the PVF of the hypothalamus is sensitive to radiofrequency radiation. The c-Fos protein is synthesized from the Fos Proto-Oncogene. That means that it is responsible for normal cell proliferation. Radiofrequency radiation changed the expression of the c-Fos protein which would have to raise the question whether it could cause the uncontrolled cell proliferation involved in cancer cases.

The Effects of Single and Repeated Exposure to 2.45 GHz Radiofrequency Fields on c-Fos Protein Expression in the Paraventricular Nucleus of Rat Hypothalamus

Effect of gamma-hexachlorocyclohexane and its isomers on proto-oncogene c-fos expression in brain.

It seems that cigarette smoke also affects the expression of Fos proto-oncogene and other proto-oncogenes. Is it possible that all these children in Sainte Pazanne who have developed pediatric cancer all live in households with heavy smokers, or their mother was a heavy smoker while they were a fetus in her womb?!

Effects of Cadmium on Hepatocellular DNA Damage, Proto-Oncogene Expression and Apoptosis in Rats

The Fos family of transcription factors and their role in tumourigenesis

There is not a great deal of data about electronic cigarettes but it is reasonable certain that they are just as carcinogenic as passive smoking and affect expression of Fos proto-oncogene.

There is a reasonable amount of data to convince that MRI scans themselves actually affect the expression of Fos proto-oncogene and other proto-oncogenes. There appears to be no research data where MRI scan was done on a healthy brain and then tests made to see if it has affected proto-oncogene expression, but there is enough data that indicates that expression of proto-oncogenes are correlated with MRI scans.  Don’t have too many of them!!! In fact I personally know of a sculptor in Paris who went to London and had his entire body scanned with MRI in order to make of his body a work of art. He called his creation Anthopomorphic Man. He was dead from leukemia within ten years.