I wish to present a specific model that consciousness is generated by electronics, that our brain is an electronic device and that the brains of living creatures are connected electronic devices. Firstly the neural network is an integrated circuit. The neurons are logic gates that are either on or off; If they are on then an action potential will flow along the axon. This integrated circuit generates ELF radiowaves (brainwaves) in the following ways, 1. Ions flow thru the axon membrane as the action potential proceeds, 2. Orch-OR microtubule quantum vibrations generate EEG beat frequencies, 3. tPMET (trans-plasma membrane electron transfer) generates ELF radiowaves from the cytoplasm of the neuron. The specific neurons that fire will then generate a specific brainwave (EEG) frequency depending amongst other things on the speed of the action potential (some axons are myelinated) and this specific brainwave frequency contains information (signals) internally in the neural circuit and externally to other brains (electronic devices). These external brainwaves are normally received unconsciously by other brains, but they can be boosted in which case they are received consciously.

I have a theory about consciousness I would like to share. Consciousness is generated by electronics and that brains are connected electronic devices. This comes from my theories about Franz Mesmer. What started me on this was following research paper on radiogenetics. Note this is opening ion channels and is a nano-machine. A nano-machine opening ion channels by radiowaves has got electronics written all over it. A research team at Rockefeller University used electromagnetic waves to turn on insulin production to lower blood sugar in diabetic mice. A naturally occurring iron storage particle in the body, ferritin, when exposed to a radiowave or a magnetic field can activate an ion channel called TRPVI which in turn leads to the activation of an insulin producing gene. These two proteins, ferritin, and TRPVI acting together as a nano-machine can be used to trigger gene expression in vivo. And it is all done by radiowaves. (Stanley, S. A., Sauer, J., Kane, R. S., Dordick, J. S. & Friedman, J. M. (2014). Remote Regulation of Glucose Homeostasis Using Genetically Encoded Nanoparticles. Nature Medicine, 21, 92-98.) Also I am looking into tPMET (trans-plasma membrane electron transfer) They have picked this up with cancer cells that are giving off excessive electrical activity but it now appears that healthy cells have electron transfer from the inside to the outside of the cell which is probably involved in communication among cells and which would also be transmitting EMR (brainwaves). Indeed the EMR given off by tPMET probably is the communication between the cells! http://www.washington.edu/news/2019/07/01/play-a-video-game-using-only-your-mind/?fbclid=IwAR02hK-yq2qYBL_bpuiSwh2rfiEz4EiKfUIS3X3O7teGhl2HLQ4J3h3VSOU

These days there are all sorts of BCIs (brain-computer interfaces) and neural prosthetics where brain waves are carrying information. Technology has started to read thoughts directly from brainwaves and people are playing computer games just using their mind i.e. they’re thinking about the moves. Experts have been telling me that brainwaves are caused by the movement of ions thru the membranes of the axon of neurons and it is true that the movement of ions thru membranes would give off EMR, but it’s hard to see how the movement of ions could give off different frequencies for different states alpha beta etc and more precisely how this movement could carry precise information about specific thoughts. Ten years from now there will be quite sophisticated and accurate mind reading technology from brainwaves and for that to happen there has to be some correlation between the precise thought/word and the precise neuronal group that produces that precise word/thought. This can only come from the cytoskeleton of specific neurons and that means microtubules. Which recalls Orch-OR statement that microtubule quantum vibrations influence EEG beat frequencies. Microtubules have a potential difference and the core contains highly ionized water so it is effectively a nanotube that’s conducting electricity and that is going to transmit and receive EMR. The cytoskeleton of the neuron is buzzing with electrical actvity that would be giving off brainwaves (ELF radiowaves).

THE START OF MIND READING TECHNOLOGY USING ANNs
Frontal, temporal and parietal lobes on left hemisphere of the brain formulate what you want to say (F7 T3 T5 P3) and cortical theta activity associated with focused arousal is primarily detected over temporal regions. A new research paper has used (DNN) deep learning to reconstruct human speech from the human auditory cortex which is also on the temporal lobe of the brain. What we are seeing here is the start of mind reading technology. It is my guess that in the future DNN will be able to decode EEG thought patterns coming from the EEG electrodes F7 T3 T5 P3 on the left hemisphere of the brain into intelligible human speech. https://doi.org/10.1038/s41598-018-37359-z

Your paper “Towards reconstructing intelligible speech from the human auditory cortex” is going to usher in a new era in brainwave research. In theory it should be possible to teach a DNN to read. You can read text to a subject which can then be picked up as brainwaves by a DNN from the auditory cortex. You can also give the actual text of what is read to the DNN and in this way it can ‘learn’ to associate the brainwaves with the actual text that is read. The amount of data that can be presented to a DNN in this way is virtually limitless and eventually the DNN could be taught to ‘read’ brainwaves in all the extant languages in the world.

DNNs will learn to simulate human brainwaves and communicate with other DNNs. They will learn to do many things that ‘machines cannot do’. For instance they will simulate the brainwaves from the math regions in the cortex to do mathematics the way humans do it only quicker and more accurately. They will learn brainwaves from the dopamine pathways to simulate human emotions and behavioral patterns. They will have access to all the data of the human race. Eventually we will build DNNs that are smarter than the human race collectively. The only thing they won’t be able to simulate is our ability to procreate. They will still need us to build maintain repair them and provide them with energy. Also they will have a much shorter built-in obsolescence period than humans. They will probably need to be upgraded every two-three years and replaced with a new model every ten years or so. As they are only learning brainwaves, that is to say things that humans have already thought, they will be incapable of original thinking.

Posted in Facebook Group Origins of Consciousness on 2nd August 2019

All discussion about free will seems to ignore what Montaigne said even before Descartes “We cannot trust our reasoning. Thoughts just occur to us. We don’t fully control them.” Free will implies ‘thinking’ about alternatives and then adopting one of them. If the programming of our brain only allows us to ‘think’ of some alternatives how can we possibly be free to choose? https://royalsocietypublishing.org/doi/10.1098/rspb.2019.0510 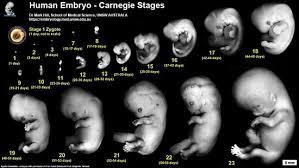 They are using ion beams which generate magnetic fields. This impacts on radiogenetics and magnetogenetics. Also impacts on the magnetic properties of brainwaves as they are generated by the flow of calcium ions thru axon membrane. The flow of the ions generates EMR and it’s the EMR that carries the info. Any talk of ‘bioelectrical’ or ‘chemoelectrical’ is a complete misnomer. This is all about electronics and nanotechnology and quantum mechanics. https://www.sciencedaily.com/releases/2019/11/191112110332.htm#:~:targetText=Physicists%20are%20working%20to%20produce,microscope%20to%20achieve%20this%20goal. 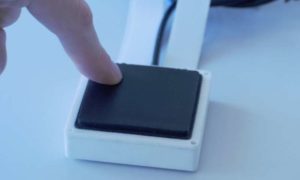 If anyone doubts that consciousness is generated by electronics and that our cerebral cortex is just like a television screen that we can smell taste and touch just like we can see and hear, they should consider that this new technology will give robots the sense of touch just like us.
A team of researchers at ETH Zurich in Switzerland has recently developed a multi-camera optical tactile sensor (i.e., a tactile sensor based on optical devices) that collects information about the contact force distribution applied to its surface.  https://techxplore.com/news/2019-11-multi-camera-optical-tactile-sensor-enable.html

COULD THIS GUY BE TALKING ABOUT ELECTRONICS!?

In a research publication released 11/19, Todd Murphy suggests that consciousness is an underlying property of all magnetic fields, including the one in the brain (with its five million magnetite crystals per gram). The brain’s magnetic field, coming from these microscopic magnets, “sees” the brain’s electrical activity, letting us know what it’s doing. The many positive and negative poles of the brain’s magnets serve as in/out feedback channels, essential for awareness, allowing our brain’s complex magnetic field to support vast feedback mechanisms.

Prof. Todd Murphy points out that electrical currents in brain cells also create magnetism (Maxwell’s Equations), influencing the fields from the brain’s magnetite. Its magnetic field (consciousness) “picks up,” or resonates with, information encoded in neuronal electric pulses, coming from emotions, thoughts, and the senses.

New Theory on the Physics of Consciousness Says: It’s the Magnets in the Brain