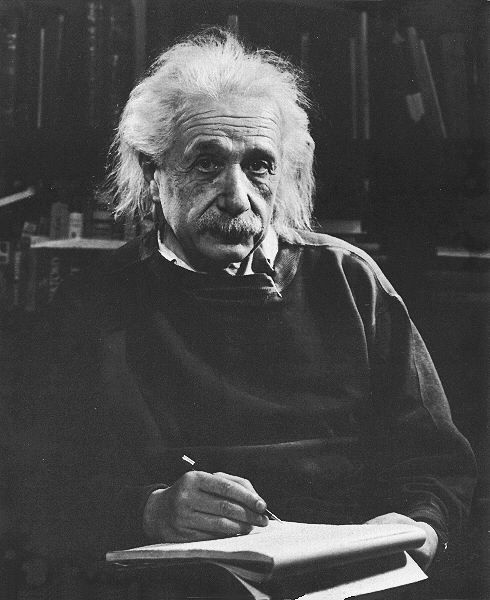 An article in New Scientist (10/24/15) heralds the end of physics as we know it. What’s at stake here is Einstein’s theory of General Relativity. The article is entitled “Could cosmic megastructures be intruders from another world?” and is an attempt to get around the problem that General Relativity is defunct by arguing that all these megastructures that shouldn’t be there according to General Relativity, are not actually in this universe at all, but in fact are “illusory” and are windows into “other dimensions” or into “parallel universes.”

Einstein’s theory of General Relativity is a complex mathematical theory about the curvature of space-time. He adapted the Riemann curvature equations which were intended to measure the curvature of objects in 2-D and 3-D spaces and simply plugged a fourth dimension of time into these equations. The answers that emerge from these equations cannot actually be envisaged by us in our 3-D world view and Einstein himself was the first to admit that these calculations have no “physical” significance.

END_OF_DOCUMENT_TOKEN_TO_BE_REPLACED

Beam me up, Scotty! 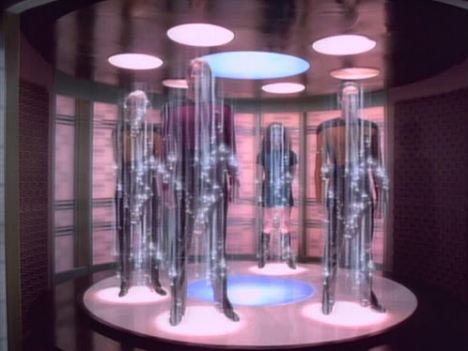 In an article entitled Travelling by teleportation some luminaries at University of Leicester (7/30/2013) have calculated that with a bandwidth of 30GHz it would take 350,000 times longer than life of universe to teleport the information of a single human being. They conclude that teleportation will never be possible and “it will be quicker to walk!” The flaw in their paper is of course that teleportation has got nothing to do with bandwidth. If teleportation ever becomes possible it will be via wormholes.

In an article in New Scientist (8/29/15) entitled Metamaterial wormhole teleports magnetic fields across space we have the first specific example of scientists actually working with wormholes. We are told in the article “This wormhole is no space-time portal, but it allows a magnetic field to disappear and reemerge elsewhere.” What they actually did was they used a superconducting magnetic “hose” and they made a 3-D magnetic cloak out of “metamaterials” which made the magnetic hose invisible and undetectable to external fields which could distort the magnetic fields inside the hose. Essential these metamaterials enabled them to fabricate a wormhole so the magnetic field inside the hose was transported from one point in space to another in exactly same manner as if it had gone through a wormhole. This would appear to be the beginning for wormhole travel when we consider that ultimately we ourselves and all the matter we see around us are merely “magnetic fields.”

END_OF_DOCUMENT_TOKEN_TO_BE_REPLACED

PROOF OF MEMORY IN THE DNA 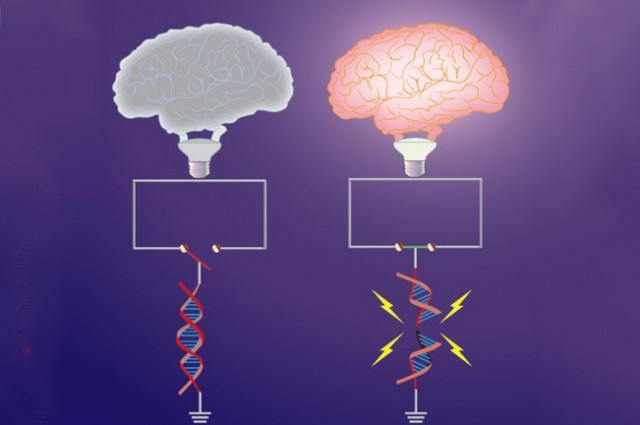 A new study reported in the prestigious journal Cell (June 18, 2015) has found evidence that neurons break their own DNA to enable us to learn and to form memories. Up till know it has widely been assumed that a breakage in the DNA means damage and if the breakage remains then the DNA’s own repair systems are defective.

These researchers have found that “damage” is necessary to allow the expression of the so-called “early response” which are actually responsible for the regulation of processes crucial for the formation of long-lasting memories. The astounding conclusion to be drawn from this research is not only that this break in the DNA of neurons is not “damage” in the normal sense of the word, but also it is the routine process that results in the storage of the memory. The fact that the DNA is altered in this way clearly indicates that the memories are actually stored in the DNA and not in the neural network as has always been assumed.

These lesions or breaks in the DNA are immediately repaired, and what’s more it has been found that these repair systems become less effective in aging subjects which again clearly affirms that it is actually the DNA and not the neurons which are responsible for the storage of memory and thus accounts for the common loss of memory capability later in life. Earlier studies have actually foreshadowed this research when they found that the DNA of mice with Alzheimer’s disease had a significantly large occurrence of these unrepaired breaks or lesions. These earlier studies conducted by Li-Huei Tsai at the Massachusetts Institute of Technology (MIT) found the unrepaired lesions occurred specifically in the hippocampus of these mice which is known precisely to be a region of the brain responsible for learning and memory.

To further test this link between the breakage of the DNA and memory storage the researchers actually isolated neurons in a petri dish and exposed them to an agent that caused these double strand breaks in the DNA. When they examined the DNA in these isolated neurons they found that while the expression of the genes in general had been reduced, astoundingly expression had increased in these early-response genes responsible for memory storage, which would indicate that the DNA had committed this experiment to memory in these dead and lifeless neurons.