A research paper in 2005 found that although there is only 1-2% difference in DNA sequence between humans and chimpanzees, 80% of the proteins of human and chimp are different. This was a very limited study. For starters they excluded from the study complex proteins that are synthesized from multiple genes, such as major histocompatibility complex (MHC) and immunoglobin, and mitochondrial proteins. Of the thousands of proteins in the body and brain of humans and chimp they ended up comparing just 127 proteins that have a one-on-one relation between DNA sequence and primary amino acid sequence in the protein. In other words the actual 3-D structures of the proteins were not compared which also would have a bearing on whether the proteins were different or the same. The report found that although only 25 out of the 127 proteins had identical amino acid sequences, most of the differences in the amino acid sequences were too small to explain the actual phenotype differences between human and chimp. In a lot of the proteins compared there were only a few differences in the amino acid polypeptide chains. The report suggests that phenotypic differences must be controlled by a small proportion of genes, either by regulatory genes or by major effect genes. Since 2005 the amount of data in the genetic databases would have increased exponentially and there is here an urgent need to do a follow up study in this area. This blog has been set up primarily to look into this issue in great depth. This issue holds the key to proving whether neo-Darwinism is right or wrong. We have to find these “regulatory genes or major effect genes” that are responsible for phenotype differences. 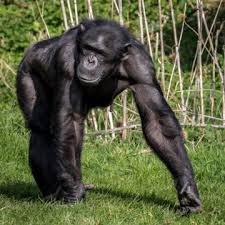 NEO-DARWINISM DOES NOT EXPLAIN WHY HUMAN & CHIMP SO DIFFERENT

An article that was published in 1975, before the actual sequencing of the human and chimp genomes, entitled ‘Evolution at Two Levels in Humans and Chimpanzees’, had already made extensive enquiry into this vexed question that at the molecular level, that is to say our DNA and our proteins, the human and the chimp are even more similar than sibling species, and yet the phenotypes of the human and the chimp are so different. Sibling species are almost identical morphologically but are reproductively isolated, that is to say that cannot produce viable offspring (different sorts of fish or birds for example).

According to the article: ‘The molecular similarity between chimpanzees and humans is extraordinary because they differ far more than sibling species in anatomy and way of life. Although humans and chimpanzees are rather similar in the structure of the thorax and arms, they differ substantially not only in brain size but also in the anatomy of the pelvis, foot, and jaws, as well as in relative lengths of limbs and digits. Humans and chimpanzees also differ significantly in many other anatomical respects, to the extent that nearly every bone in the body of a chimpanzee is readily distinguishable in shape or size from its human counterpart. Associated with these anatomical differences there are, of course, major differences in posture (see cover picture), mode of locomotion, methods of procuring food, and means of communication. Because of these major differences in anatomy and way of life, biologists place the two species not just in separate genera but in separate families. So it appears that molecular and organismal methods of evaluating the chimpanzee- human difference yield quite different conclusions’.

The article concludes: ‘The contrasts between organismal and molecular evolution indicate that the two processes are to a large extent independent of one another. Is it possible, therefore, that species diversity results from molecular changes other than sequence differences in proteins? It has been suggested that major anatomical changes usually result from mutations affecting the expression of genes. According to this hypothesis, small differences in the time of activation or in the level of activity of a single gene could in principle influence considerably the systems controlling embryonic development. The organismal differences between chimpanzees and humans would then result chiefly from genetic changes in a few regulatory systems, while amino acid substitutions in general would rarely be a key factor in major adaptive shifts’.

What this means is that Neo-Darwinism (the post-Darwinian concept that species evolve by the natural selection of adaptive phenotypes caused by random mutation of genes) cannot explain how the human and chimp can be so similar in genotype and yet so dissimilar in phenotype. Are we expected to believe that over a period of six million years or so a small number of core regulatory genes created two separate and very different species with widely different phenotypes, and yet made minimal (and even negligible) mutational changes in the DNA and the proteins of these two species? Are we expected to believe that this process of species differentiation can possibly be random?

You will see in some of the articles on this website (Inner Self Located & Our Unconscious Soul) that the embryo cranium is bulging with midbrain and is firing spontaneously five weeks after conception. In my theories this is the soul or vital force. It’s my bet that the genes that are expressed in this early embryonic stage that cause the midbrain to fire, are the ‘regulatory’ genes responsible for the differentiation of the species.