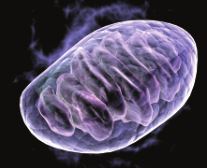 In an article in New Scientist (8/29/15) entitled Power from within it has been announced that for the first time scientists have been able to harvest the energy from inside the body. They have done this by implanting thin layers of metal in the living cells. Essentially what they are harvesting is our Orgone energy (or life force).

At this point they have simply managed to generate 3.73 volts which is about enough to run a pacemaker but as this technology develops, and with the use of amplifiers etc, there would appear to be no limit to the amount of Orgone energy that can be collected. So let’s see just exactly what is this “life force.”

There is a well-known theory of consciousness advanced by Hameroff & Penrose more than 20 years ago, to the effect that the microtubules in the neuron are responsible for generating our consciousness.

I deal with their theory in my book. Briefly, to quote Hameroff: “Consciousness depends on anharmonic vibrations of microtubules inside neurons, similar to certain kinds of Indian music, but unlike Western music which is harmonic.” These quantum vibrational computations in microtubules are “orchestrated” by synaptic inputs and memory stored in the microtubules. Essentially then quantum computing is occurring in these microtubules.

So what is a microtubule. For a start, they are not just found in neurons. They are pretty much everywhere in the cells of animals and plants, in the cytoskeleton where they are responsible for the structure of the cell, the cytoplasm were they connect various organelles inside the cell, and in the genome where they play important roles in various genetic processes including mitosis, meiosis and gene expression. We are told that they are tubular in shape and principally composed of the protein tubulin. We are also told that microtubules have a polarity, that is to say they have a positively charged end and a negatively charged end. Two microtubules can join with the positive end of one attached to the negative end of the other. Similarly the positive end of a microtubule will attach to a negatively charged area in an organelle in the cell.

There are a group of scientists who are trying to establish consciousness and intelligence in plants. I wrote about them in my article Plant Consciousness and the Networked Intelligence (on this website). Essentially they used to call themselves The Society for Neurobiology in Plants, but after stinging criticism from some of their colleagues they were forced to change the name to the Society for Plant Signaling and Behavior in Plants. The criticisms centered around the fact that plants do not have neurons and therefore to talk about neurobiology in plants was an oxymoron. Furthermore, because plants don’t have neurons it was therefore impossible for them to have intelligence or consciousness.

A member of this society, Dr Peter Barlow, from the University of Bristol in the UK wrote to me and told me that he was working on a paper with the title The Natural History of Consciousness, and the Question of whether Plants are Conscious, in Relation to the Hameroff-Penrose Quantum-Physical ‘Orch OR’ Theory of Universal Consciousness. He even sent me a copy of the abstract and introduction to this paper. Essentially he is arguing that although it is true that plants do not have neurons, they do have microtubules in abundance in the cell and therefore if Hameroff & Penrose are right with their hypothesis that quantum computing in the microtubules of neurons were responsible for our consciousness, then it could well be the case that these cytoskeletal microtubules in plants were responsible for plant consciousness as well. I applauded his work and told him that although I had dealt with the Hameroff & Penrose theory in my book I had not tipped to this point that in fact there is a plethora of microtubules in all eukaryotic cells, plants included. He had ordered a copy of my book, and I referred him to the relevant pages where I assert that the microtubules in the neurons act merely as a conduit for electromagnetic activity emanating from the genome, i.e. the nucleus of the neuron. I also told him that his observation about microtubules in the cells of plants was a vital piece of information for me, because any theory about consciousness or intelligence in the DNA would be inadequate if it did not also account for the plant kingdom.

Just by chance I received a spam email about a mitochondrial antioxidant supplement. This spam email contained the following statements:

Not many people know that they have tiny power plants in almost every cell in their body. These power plants are called mitochondria. They take the air that we breathe and the food that we eat and produce ATP – the energy molecule that provides the power to every one of our cells.

Mitochondrial function peaks around the age of 28 and then starts to decline. We start to feel this as we head into our 40s and beyond. We have less energy, we start to slow down, we feel tired, we don’t recover from illness or injury as quickly and we start to see health problems emerging.

As a by-product of the energy production process mitochondria generate free radicals. To protect themselves mitochondria have very strong natural antioxidant protection systems. One of the key antioxidants mitochondria use is CoQ10 (also known as CoenzymeQ10 or ubiquinone).

CoQ10 levels decline as we age leaving mitochondria increasingly susceptible to free-radical damage. This damage reduces mitochondrial function leading to less energy being available to your cell. With less CoQ10 available we also see increasing levels of free radicals leak into the cell causing damage to cell contents and DNA.

It makes sense that we should supplement with CoQ10 to replace levels lost as we age. It’s a reasonable line of thought but with one serious flaw. CoQ10 is a very oily sticky molecule that doesn’t cross into the mitochondria easily. Mitochondria make their own CoQ10 for this very reason. The reality is that whilst you might get a small benefit from taking CoQ10 very little of your supplement is actually getting to where it needs to get to.

Scientists at the University of Otago, Dunedin, New Zealand were studying mitochondrial dysfunction and its link to diseases of the brain, heart, liver and kidneys. They stumbled upon a way to get CoQ10 into the mitochondria by simply adding a positive charge. This simple change caused CoQ10 to flood the mitochondria – a significant breakthrough as no one had ever been able to deliver antioxidants to the mitochondria before.

Umm! I thought about this for awhile. This random spam email was trying to tell me something. The things that caught my eye were the statement that the release of this ConenzymeQ10 from mitochondria was involved in the protection of the DNA from free-radicals, and the fact that simply adding a positive charge to the mitochondria resulted in a CoQ10 “flood.” I decided to look into it, and lo and behold the first thing I found was that the mitochondria are connected by microtubules. Microtubules that have a positively charged end and a negatively charged end. The simple fact of adding a positive charge to the mitochondria can only mean one thing – the microtubules are conducting electricity.

Once I came to this realization, then it became crystal clear to me that the living cell in animals and plants are actually an incredibly sophisticated, complex and compact electrical circuit. These microtubules run everywhere through the cytoskeleton and the cytoplasm. And not just microtubules. There are also many other connections like microfilaments and intermediate filaments that are all conducting electricity. In addition the mictrotubules that play a key role in genetic processes, like the mitotic spindles that pull the chromosomes apart, must also be conducting electricity. No wonder Hameroff and Penrose were able to detect “quantum fluctuations” in the microtubules of neurons. Quantum processes were at work, namely the passage of electrons as an electrical current.

Hameroff and Penrose have introduced a new argument in favor of their theory. The underlying origins of EEG rhythms (brain waves) remains a mystery even after a century of clinical use, and they now assert that quantum vibrations (e.g. in megahertz) appear to interfere and produce much slower EEG “beat frequencies.” We are therefore in a position to put this question to rest once and for all. It is not the quantum microtubule fluctuations in the microtubules of the neurons that are causing the brain waves. It is simply the electrical currents flowing all through the cell in the microtubules, the microfilaments and the intermediate filaments that are combining into certain characteristic frequencies as different groups of cells are turned on in the various states of consciousness, that is responsible for the EEG. What else would you expect now that you realize that the living cell is not a chemical unit at all, but is actually an exquisitely complex unit of electrical circuitry. A pulsating ball of electromagnetic energy of incomparable sophistication. And there are trillions of them in every living creature, each cell being orchestrated and directed by quantum computing processes in the DNA.